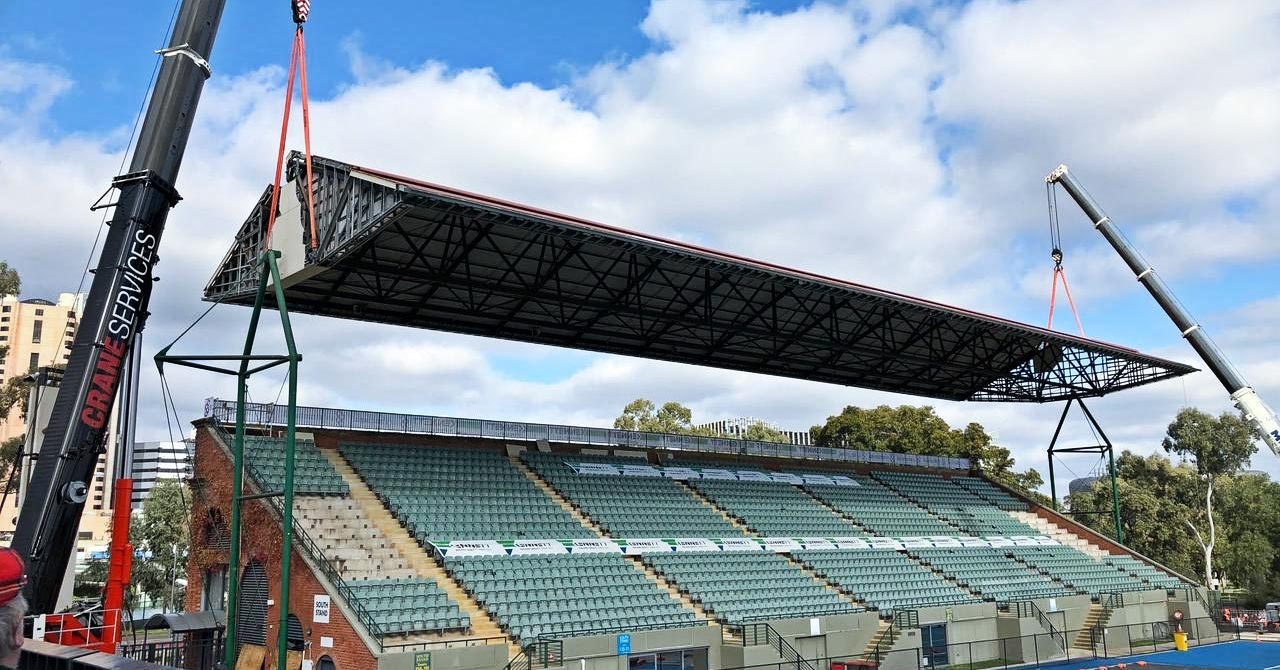 The memorial drive tennis courts were opened in 1921 and apart from being the home of Adelaide’s International Tennis Tournament, has held many major events over the years including Elton John, Led Zeppelin & The Rolling Stones. Crane Services was proud to be involved in the demolition of the tennis courts roof, in preparation for the courts major renovation and refurbishment.